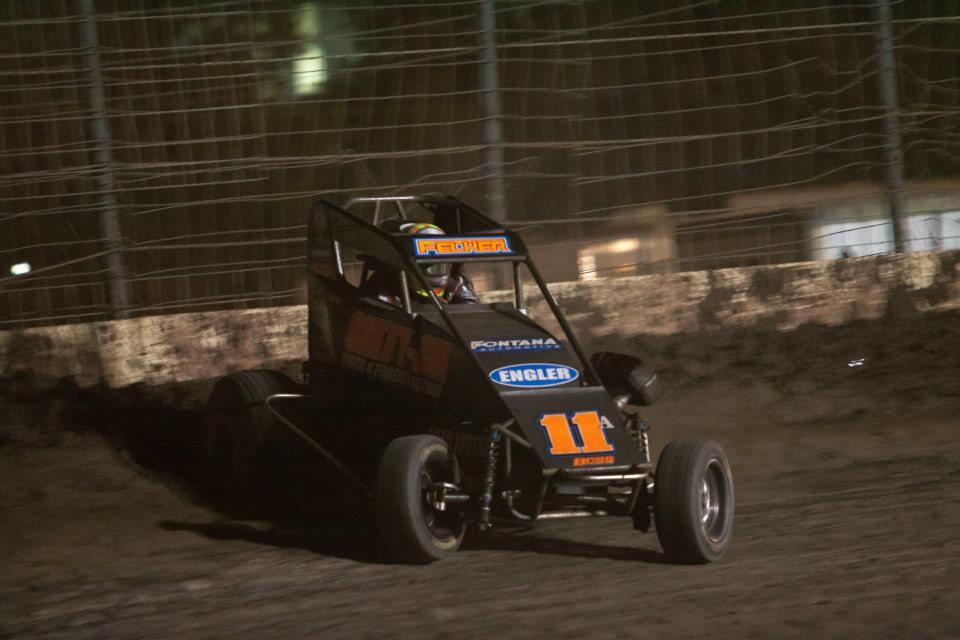 Boasting season high entries in consecutive weeks, this round would also share another familiarity.
9-27West1.jpg

Courtesy a heat race #4 win from the tail, North Richland Hills, Texan Chad Wilson (pictured above in the #20) started on the pole with Tulsa area favorite Jason McDougal alongside.

Jason McDougal has been strong in his rookie Midget campaign, leading laps in four separate A Features this season, but this outing would be ill fated as his #73 broke on the fifth lap, handing the lead to Bixby’s Kevin Bayer, who has a POWRi West Midget score at OKC’s I-44 Riverside Speedway back in August.

Hometown racer Johnathon Halford spun to bring out the fifth and final stoppage on the 15th circuit. Felker turned up the heat on the leader immediately out of the restart and grabbed the lap 16 lead.

Felker paced the final 9 laps to score his 2nd POWRi West victory in as many weeks in the Fontana powered Route 66 Truck & Foreign Auto Salvage #11A Boss Chassis.

Bayer settled for the runner up finish in the Jet Motorsports #91B entry, with Choctaw, Oklahoma’s Cody Brewer advancing a couple of positions to place third.

Broken Arrow, Oklahoma’s POWRi West point leader Alex Sewell raced from 7th to claim fourth at the line, a top five finish that might just seal the championship in his first full season in Midget racing (supposing he makes features both night in the two day finale at OKC). Sewell (#8) pictured racing against California's AJ Burns (#1ou) below.
9-27West3.jpg

Owasso’s Ty Hulsey is no stranger to Port City Raceway, in fact, he has three micro sprint titles on the famed bullring, Hulsey turned his best performance of the season with a excellent march from 13th to complete the top five finishing order.

Tulsa’s Chris Andrews has likely earned the most success at Port City Raceway, or all of Tulsa micro racing for that matter when indoor Tulsa Shootouts are considered, and in a South Side Mowers team car to Eric Fenton, Andrews advanced from 9th at the start to finish sixth.

Kevin Battles turns wrenches most Saturdays’ at PCR for his son Blake Battles micro sprint efforts, but in this late season run Battles was the best at precisely that, advancing from the B Feature and earning the Factor One Racing Hard Charger Performance with a highly impressive run from 19th to seventh, which happens to be a position rewarded by The Dirty Knuckle Tavern as well. Battles pictured below.
9-27West4Battles.jpg

Pauls Valley, Oklahoma’s Steven Shebester took the Texas based, Rick Bailey owned #51 from 10th to eighth, with series promoter and B Feature winner Eric Fenton rebounding from his opening lap tumble and battling a bent shock and a run back through the field. Fenton, pictured below, managed an impressive 9th place finish.
9-27West5Fenton.jpg

Piedmont, Oklahoma’s Grady Chandler was the 16th and final direct lock-in from heat race action, the young sensation scooted up from 16th to complete the top ten finish.

The Lucas Oil POWRi West Midget Series returns for the 2014 season finale with a double serving in headlining the 2nd Annual Twister Nationals at Oklahoma City’s I-44 Riverside Speedway on October 10th-11th. 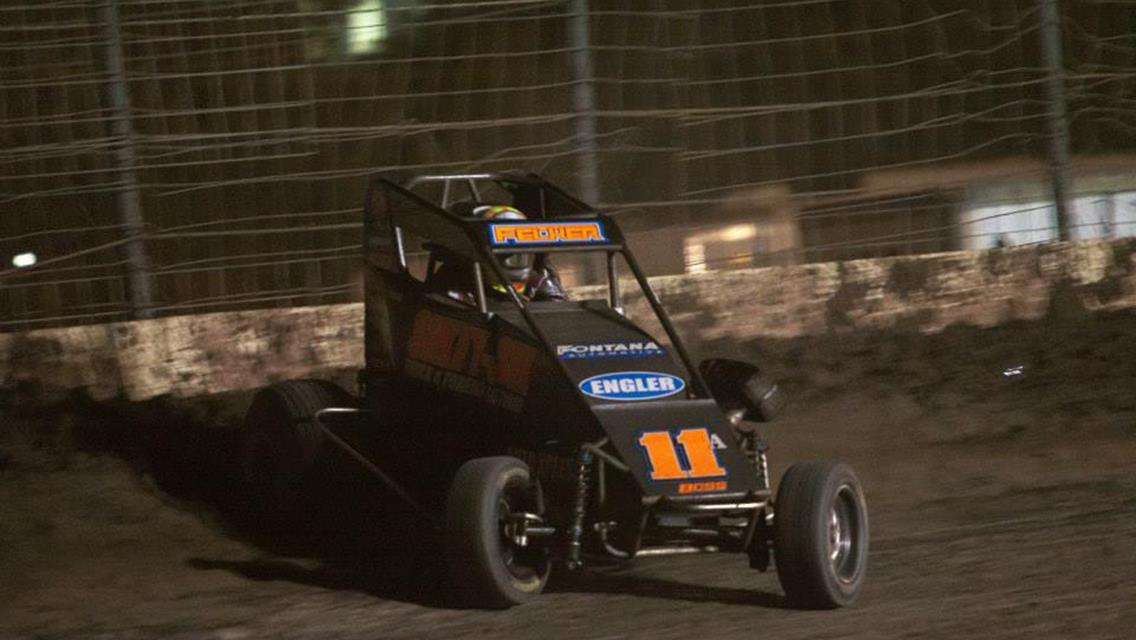 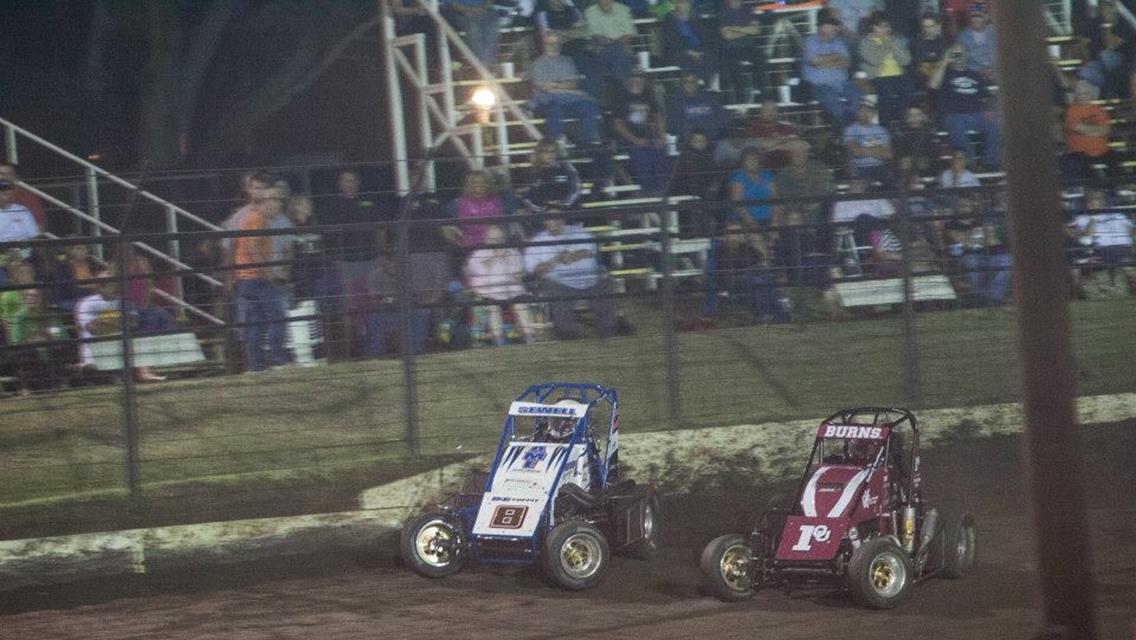 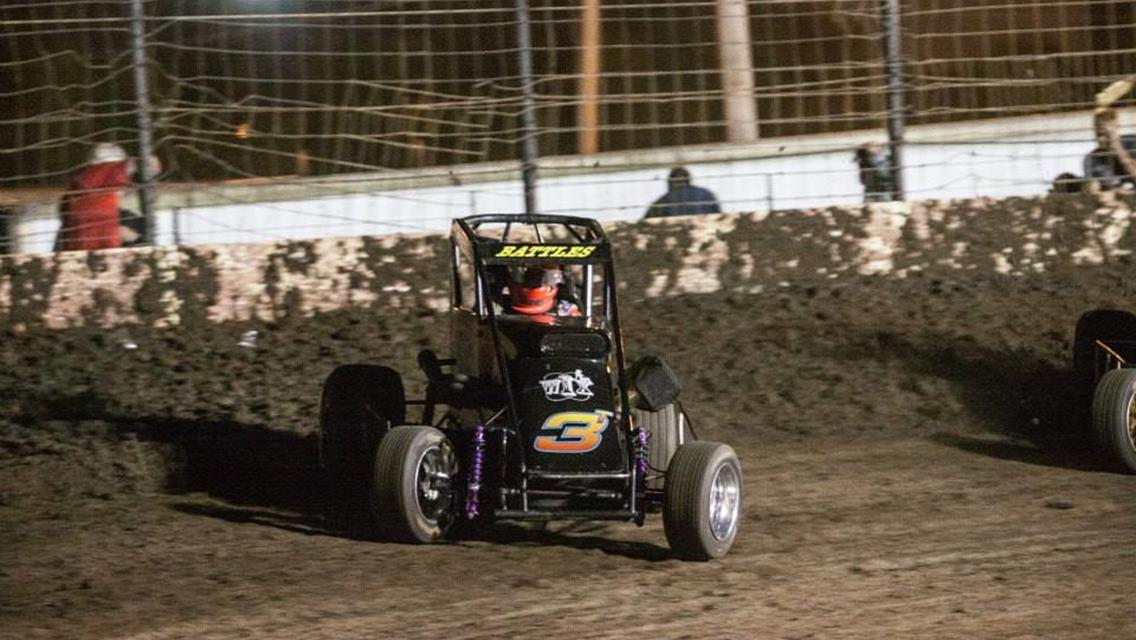 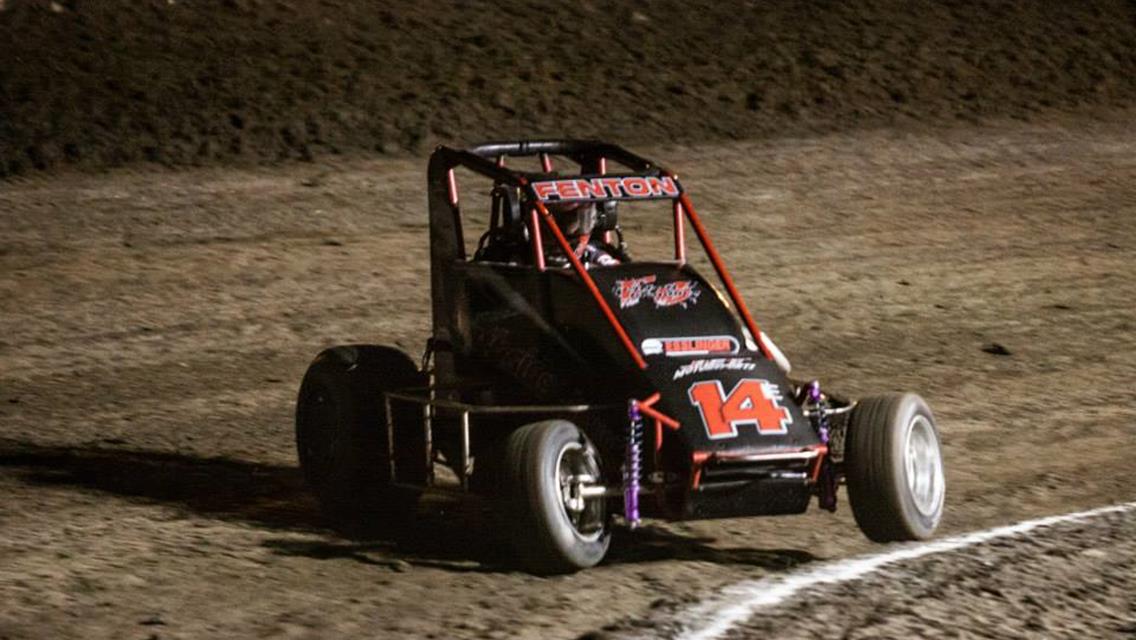