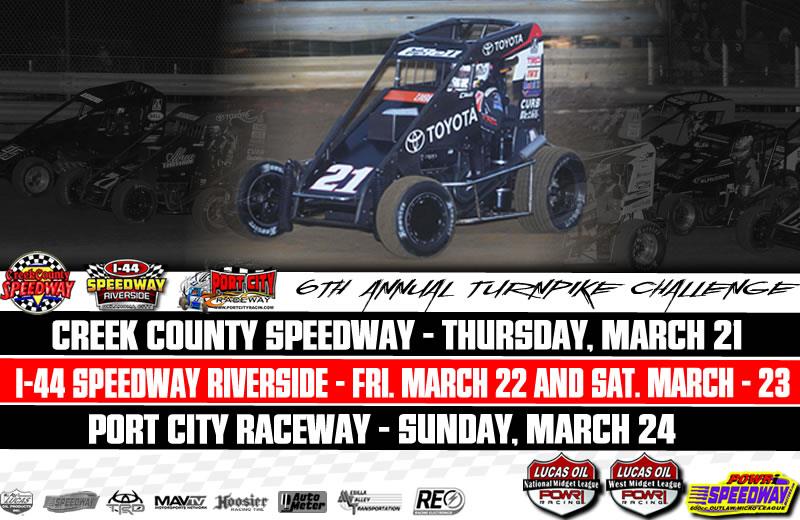 Belleville, IL – The always exciting Turnpike Challenge dates have been set for 2019. The Sixth Annual event has been expanded into four nights of racing with a back-up week in the event of inclement weather. With both the POWRi Lucas Oil National and West Midget Leagues in attendance, as well as the POWRi Speedway Motors 600cc Outlaw Micro League, this week will definitely be one you won’t want to miss.

Serving as the season-opener for both the POWRi Lucas Oil National and West Midget Leagues, the Turnpike Challenge draws one of the largest outdoor-event car-counts in the nation. In previous years, Christopher Bell has dominated all but one of the Turnpike Challenge finales. The one he didn’t win was because he wasn’t in attendance due to a scheduling conflict within his NASCAR schedule. That year, 2016, Jason McDougal took the victory. Matt Sherrell took the prelim night victory in 2016.